“I love, therefore I am vulnerable.”

― Madeleine L’Engle, Walking on Water: Reflections on Faith and Art

Yesterday morning, as the children’s pastor shared from Psalm 119, I felt tears well up. She simply spoke the uncanny truth I’d been slowly realizing for months:

It was the weight of the statement, so strong I knew it in my bones.

It was true. It had to be. There was no other explanation.

How else could this book I used to loathe (is it even a book? More a collection of mysterious, contradictory ancient writings) bring me to tears? Me, such a tightly controlled man. 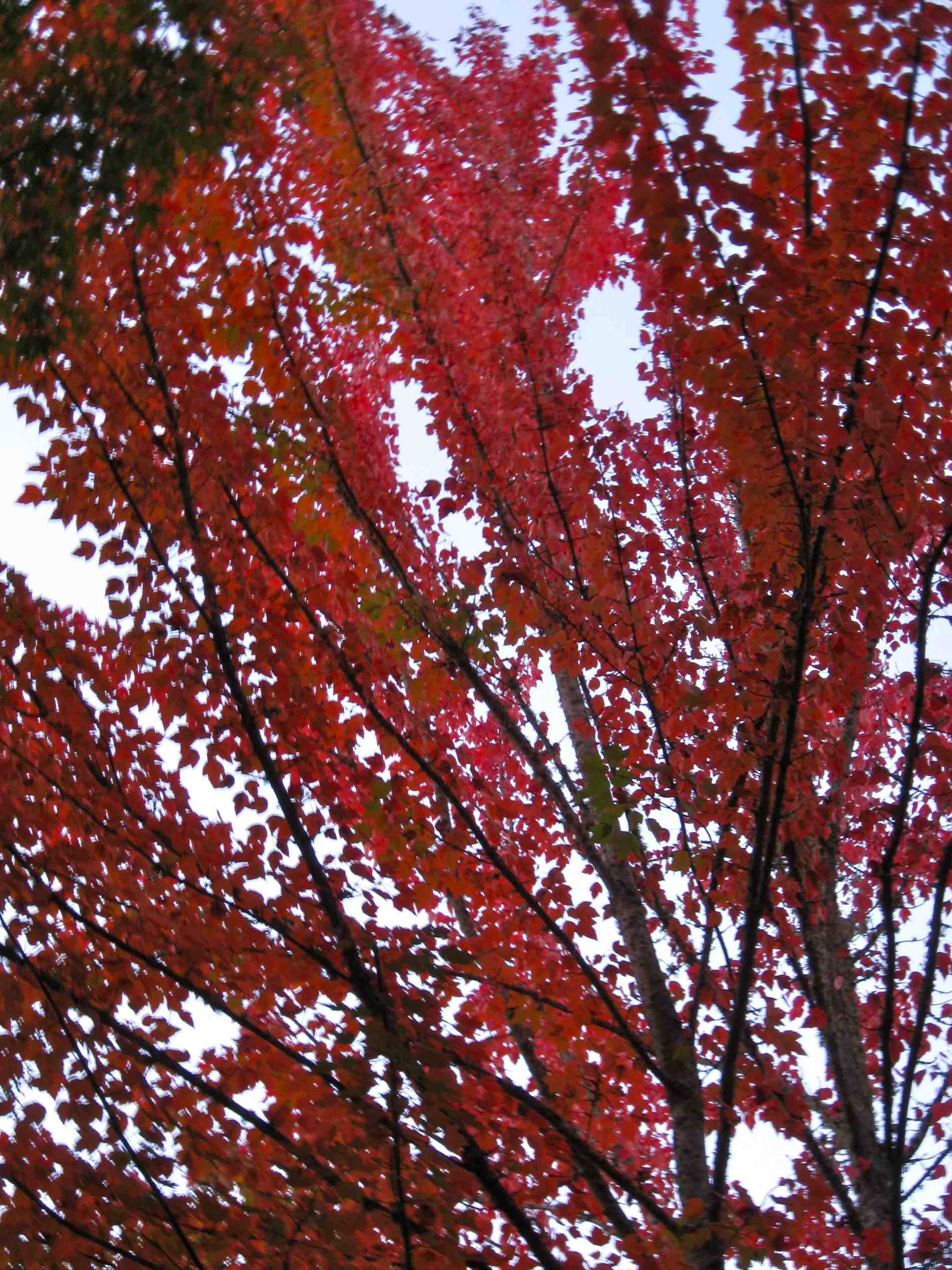 For months, this slow sifting through words has been doing work on me. Through the processing of writing I’ve learned many lessons. But some of my favorites are these ongoing, continually unresolved simple ones like this one recently about the Bible and realizing how it’s changed and still is changing and is changing me. It’s just one more remarkable journey that rewards deeper attention, simplifying so much into a collection of truths–some of the truths I memorized as dead words long ago in Sunday school.

“You’re my place of quiet retreat;

This book I once ran from, made fun of, even dreaded, it was a menace. Anywhere there was fun the Bible was probably not part of it, and wherever the Bible was, all fun and excitement had long since skipped out. This was such a given fact of my early years that those who can’t relate still seem a bit alien to me.

What, you never hated the Bible? Who are you?

Certainly it was this electrically charged book, but the reason I didn’t like it was because it was so stinking bossy. Like 20 generations of old relatives all piled in between two fat covers. And similarly, people were always trying to get me to kiss it.Initially, the way it looked to me was something to bow to and respect and basically fear as a force to help keep me in line. Adults talked about it like it was the President or a policeman. “The Bible says…” they’d say, as if that settled whatever it was I was previously thinking of doing before that. No, the Bible said it didn’t approve. And its implicit threatening glare made me hate it.

That is, until I figured out that I too could use it as a weapon.I guess that was the first day I really felt its charge. The power it gave me. Wow, I thought, seeing my mom back down from the quoted verse, the one she’d helped me memorize herself. It had come back to bite her and I got off the hook.

A guy could get a lot more done this way…

Later on, I’d find it stomach-churning to see people using the Bible. Whether to excite people, condemn them, shame them, praise them or prove how they didn’t measure up, I wanted to punch pastors’ lights out for all I thought I saw behind their phony smiles. As an angry young pastor’s kid, I’d seen how easy it was to wield the Bible as “instruction” and exhort people to do what they, er “God,” wanted. This utilitarian view of the Bible as a tool was as old as the Bible itself, but I figured it was the reason so many people thought they could just pick it up and whack me with it. 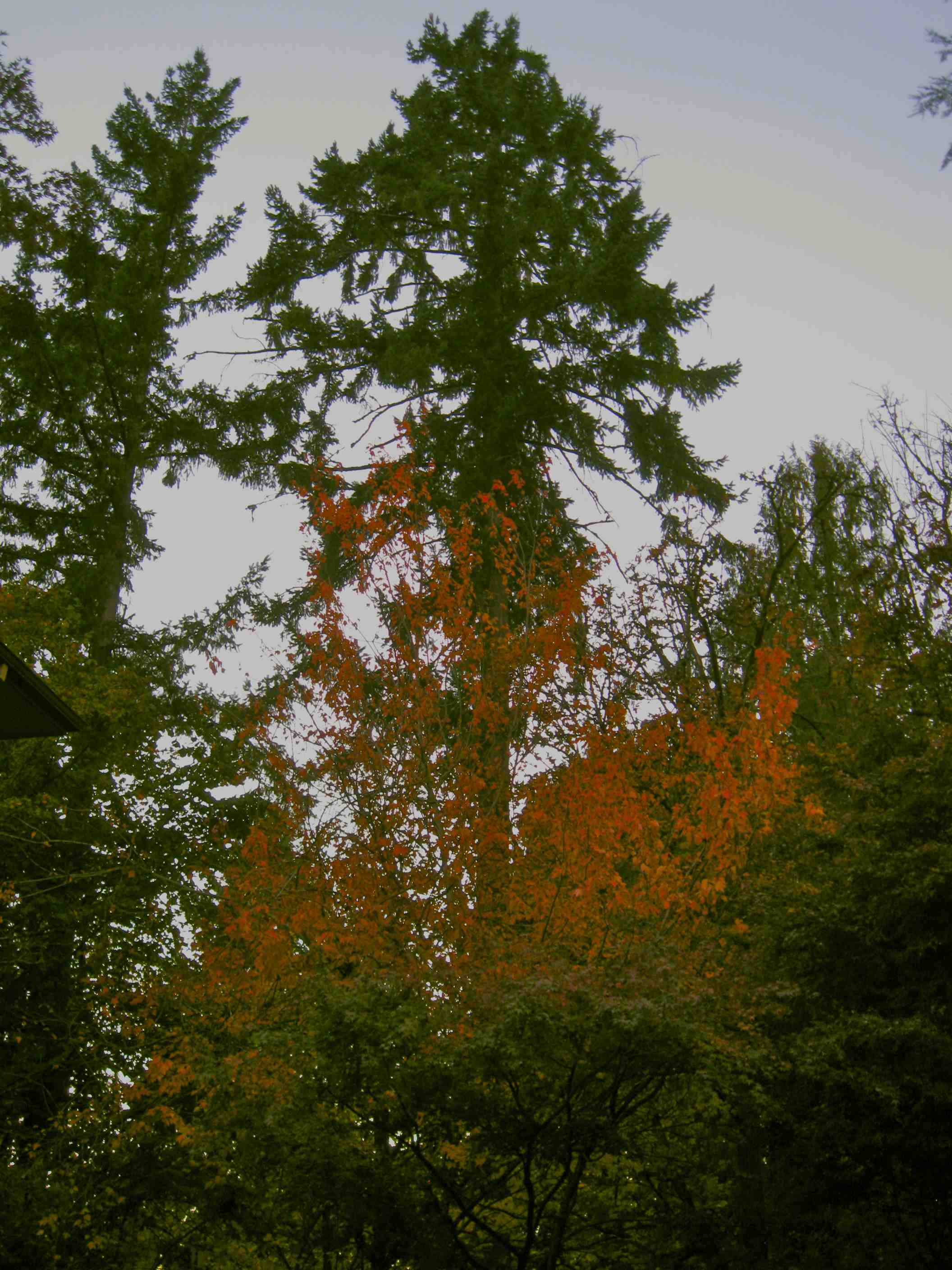 What I didn’t know then was that people who come to it thinking of dominating and manipulating were merely finding it as they were, not as it was. I figured it was just the way all Bible-readers were. It made people feel better and gave them some sense of power back.Well as my fate coalesced, I was freed of this compounded thinking. My wife and two of the sweetest girls in the world began bringing me back to reading the Bible. Slowly, though them, I saw a renewing and recharging power in this old book. I was afraid at first it it’d charge me to preach, but my liberal arts degree convinced me I didn’t need to interpret it so literally. I could preach right from where I was.

As I began to accept it on its own terms, it began to correct and to restore the full truth I hadn’t yet appreciated in all those years I’d heard the words. Something new was being filled into the exact phrases, a crystal clarity infused with life, and a profounder, subtler touch, not of excitement, though it led to that, but of incitement.

I wanted to do something with it so badly I could cry. And I did. Often. Soon the words I’d memorized blindly would come to shape me as I expounded on its truths within a strange new life I’d discovered as well, something I’d read about for years but never quite penetrated: becoming Christ’s body.And this is how it happened.My ears changed. My eyes saw connections I’d never seen before. I felt my mind reaching out to connect with everything around me and especially certain people, which was the strangest thing because I’d always disliked them before or at least simply tolerated most of them as annoyances. Instead of pretending to like them so they’d like me (and leave me alone), I was genuinely and annoyingly interested in the strangest bits of information they’d share. And I’d hear things that would trigger a thought and say things I never said before.

“Maybe God’s trying to tell you something there,” I’d hear myself say. 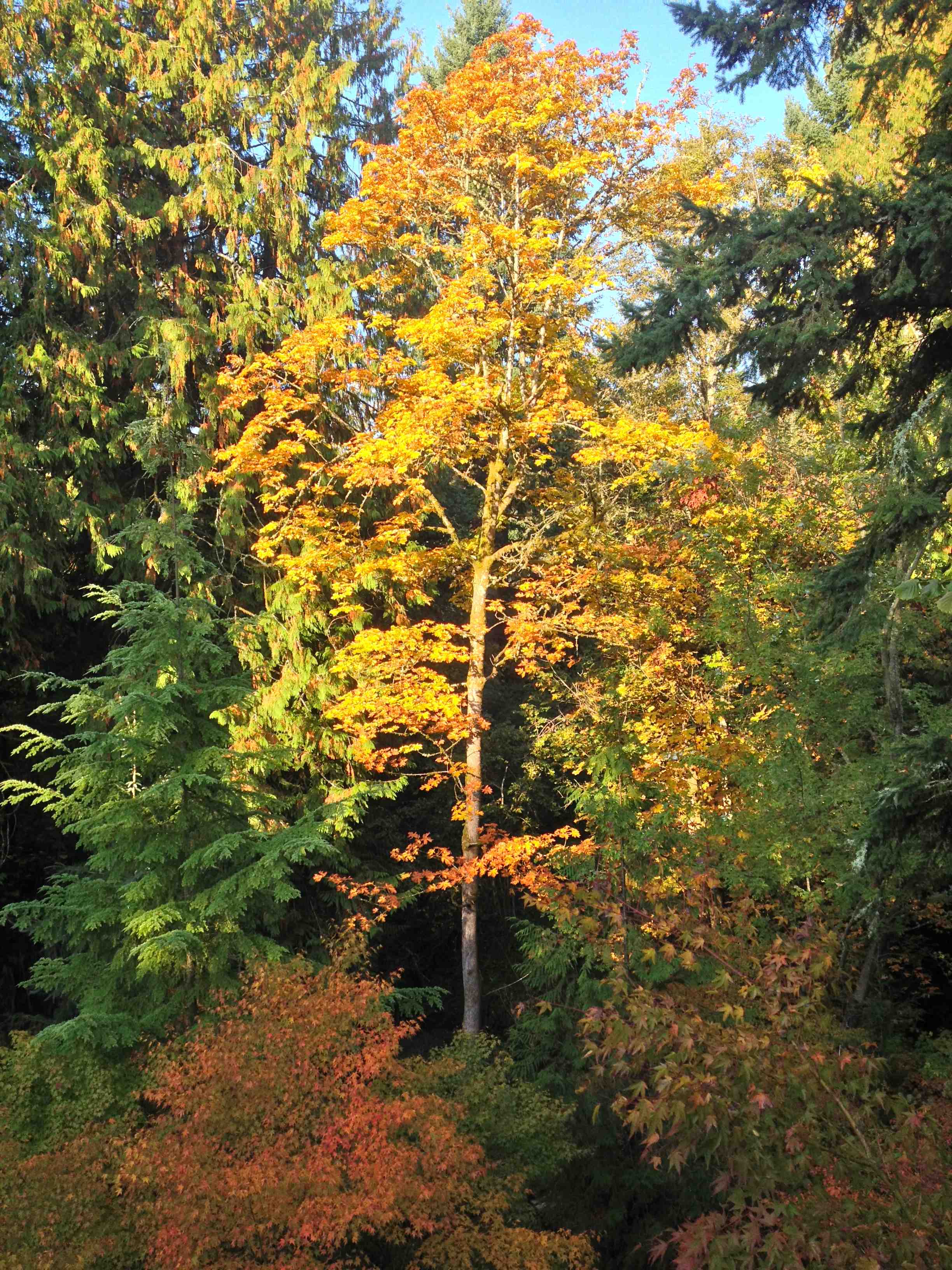 This was only several years ago now, but it still feels very recent. I’ve since learned to restrain some of my suggestions about God’s speaking voice. But when I write or have dreams or go to church, it seems like coming back to something, seeing more and realizing how much bigger and smaller it really is.Then yesterday morning came and I was watching the kids there in front waiting for Miss Katie to share and she just says, “The Word of God…” very slowly like that, and then… “is a miracle.”

And I just start crying.

I’m weeping in church, I think. Crap. Knock it off. These are nice Presbyterians! They’re going to think you’re struggling with some hidden sin.

Which of course I am and all of us are, but you don’t want to make a scene. So I quietly compose myself and no one notices and the kids all walk off to Sunday school. And when the pastor shares about Timothy who was tired and wearing down in his ministry, and Paul exhorting him to preach, she says it may sound unfeeling, even harsh.

And I know exactly what she means. I’ve always heard it that way.Shouldn’t Tim be allowed to take a vacation or just a break? But Paul just says, “Preach the Word.” And the pastor doesn’t say this, but I think how I’ve feared this very thing for years. How it used to sound exactly as she said, harsh and unfeeling. How it seemed to symbolize everything I hated about this old, demanding book that always smacks you on the head, and gives people the idea to whack others with it and Just-quit-being-a-selfish brat-and-come-to-Jesus-already!

And even the people who love the book have to admit that all of that junk has come directly from this horrible book. 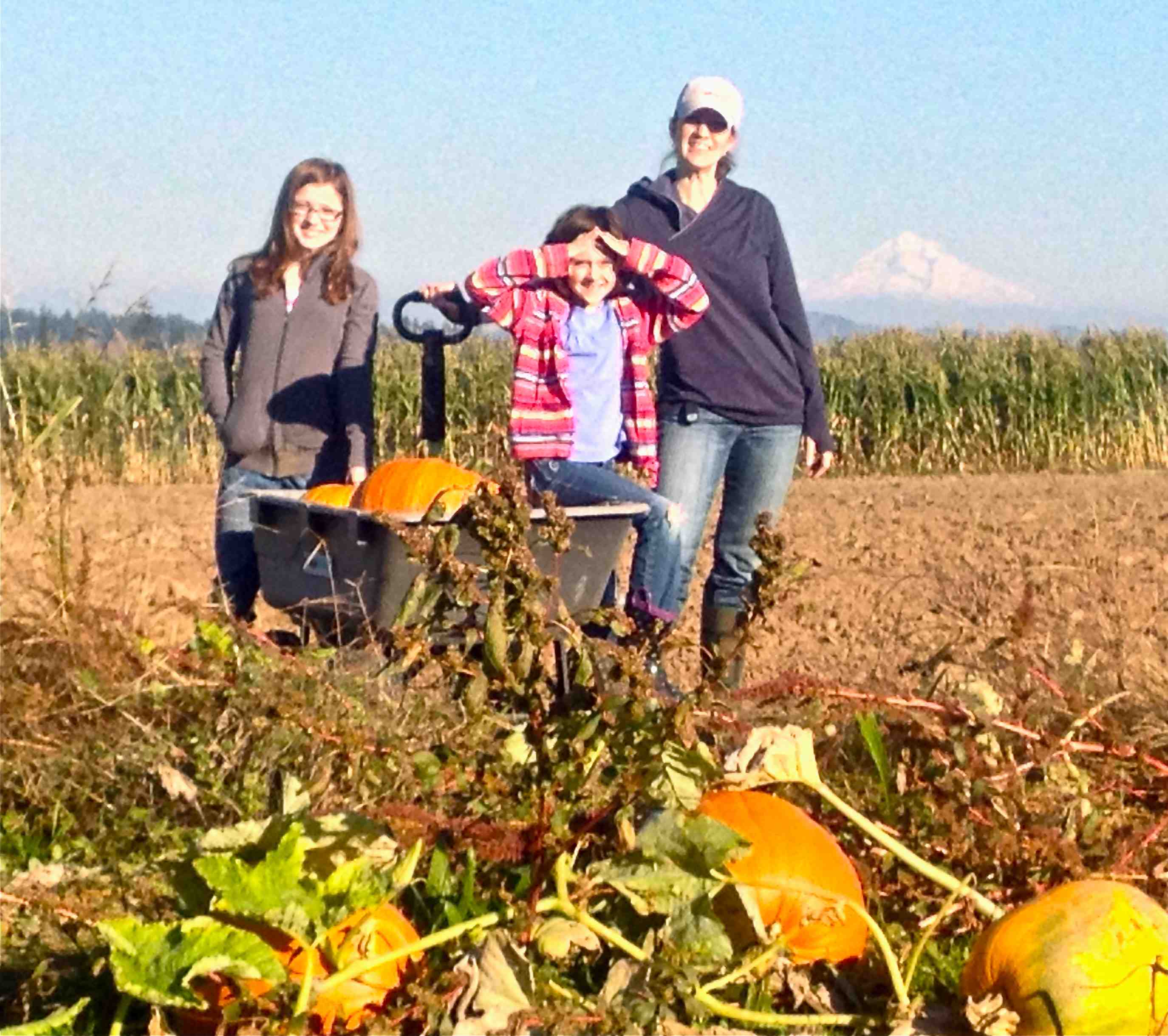 I think of how Paul was blinded and shaped for service and how he once whacked Christians and maybe once he became one, he wasn’t very far removed from his former self, at least in personality.

But then I think, Yes, but Paul must have realized the truth of the Psalms. That famous psalm about loving the Word. And maybe to him, ministering and teaching required the same thing as when you felt worn out and beaten down. Maybe going out and following and getting whacked by life and people and all their crushing needs requires the exact same waiting for God to renew us with his Word.Didn’t Paul know most of all that this was where Timothy would find his quiet retreat? Directly there in the seeking to preach the gospel?

There are always difficult times. But we always have a secure place to be recharged.

It is a useful book. But when you love it, you don’t think about that so much. Its use isn’t the point so much as you just want to be with it, and in it, and to have it around you, living with you, breathing the same air you do.

“Your word is a lamp for my feet, a light on my path.”

3 thoughts on “The One Word the Journey Requires”