I spoke at the Northwestern Christian Writers Conference this past weekend, where 675 writers came to learn and be encouraged to take the plunge. This is the message I shared. 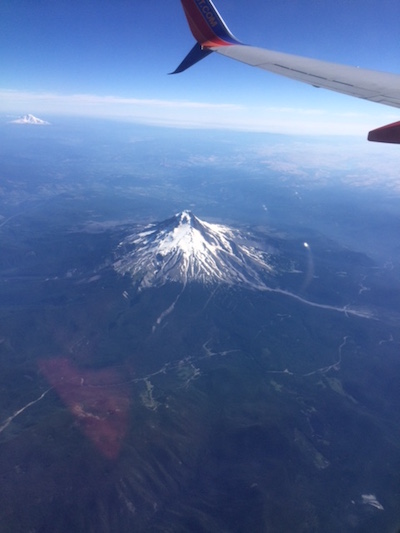 I was a book editor for over a decade before I realized that Christian writers all share similar delusions about what this work entails. And when I coach writers to embrace the struggle, the first lesson is to keep showing up for practice until that habit breaks through all the usual barriers.

To serve the reader well, all authors must begin by taking their writing more seriously. Memoirists, novelists, pastors, counselors and lots of amazing people have battled these lies and won.

I want to give you some of their fail-proof strategies for beating these lies for good.

But first, we’ve got to realize these lies are common, and they take writers out all the time. They attack your process, your book, and especially you yourself. And the major problem we have in fighting them is that they are spiritual. They aren’t primarily intellectual or physical, or even emotional, though they relate to all those areas as well.

What’s derailing you isn’t any of the problems you have in the external world of your daily life. It’s your lack of spiritual defenses. 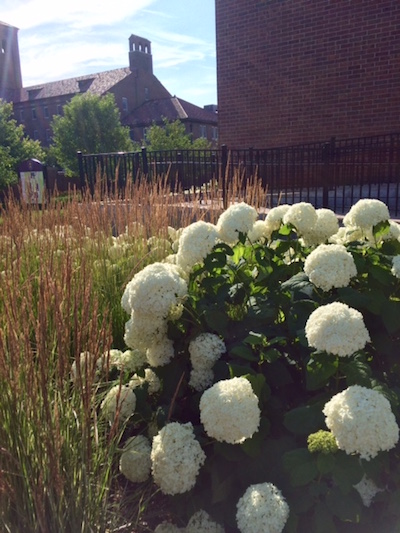 How do I know this is primarily a spiritual problem? Because life is spiritual, and trying to live as a WORD-saturated writer is hard. Working to reclaim, recall, and re-establish truth, love, justice, and mercy is incredibly draining. The work itself is incredibly difficult in all the usual ways, but it takes some time to understand that your major barrier is in the spiritual realm, and that you need to bring that down to earth, and deal with it in your physical reality.

The goal is to establish your writing process and create the system that works for you. And everyone’s different, but the calling is the same—writing is holy, sacred ground. You’ve been called to help your brothers and sisters in the faith.

The most important thing for writers is confidence to write free, edit with skill, and move toward publishing a book you can be proud of. Practically, this involves recognizing the scope of this undertaking, and searching out the spiritual truths involved in establishing the process. There will be sacrifice, some vulnerable truth-telling, and most of all, the need to be willing to go where God leads.

The first lie that can stop spirit-led writing is:

That’s the permission you need to claim to get through the first draft. It’s free grace and it’s available to anyone who wants it.

With this one, when Satan tries to tell you you’re nobody, you can just agree and say, “but God says I’m somebody.” 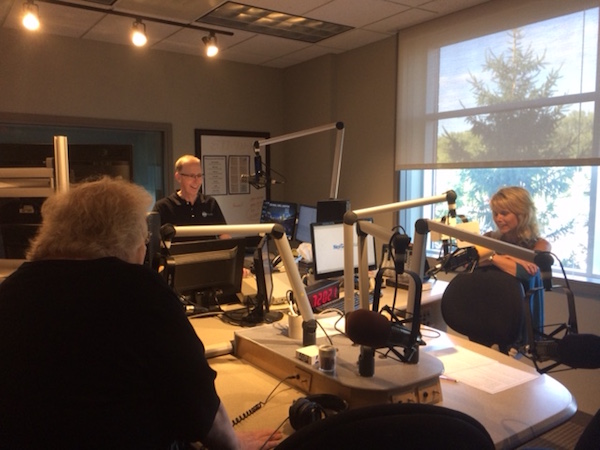 This is a primary lesson of every Bible story. The people in the stories were not enough. It wasn’t about them. Even Jesus. He frequently was overwhelmed and in his humanity, he didn’t have enough to give people. But in his Godhood, he did the miraculous. And he pointed the way to deep faith that releases captives and sets people free.

You might fear you don’t have the time to learn everything you need. Irrelevant. You have as much time as anyone. You make time for what you really want to do. Find it and protect it. Get help and delegate whatever’s stealing your time away. Or maybe you fear you can’t afford that training or the editing you need. Well, maybe you wait and budget and find alternative methods to learn what you need to first from the best books on editing and publishing. Writing is very egalitarian that way: either you can get what you need or you simply don’t need it.

Can you learn to research and discover what you need to adjust for the second draft when it’s time? There will be things you need to augment about your characters, plot, and settings, and things you need to diminish that are distracting. If you can let go of what you don’t know yet and look at the big picture, you can learn to design the intense emotional experience you want to give readers. That’s what matters. You can learn how to do it by doing it. Practicing.

This is fear of the past. The old nature. Things that hold you back. But you already know the old self has died and you know who’s now in charge. It’s not up to the old you. That voice doesn’t matter. Listen to your guide. The past is gone, the new has come. This goes back to the 1st lie and believing you’re trying to be someone you’re not. But writing isn’t some sort of magical in-born talent—it’s not like singing where you’re just gifted with a beautiful voice or you’re not. Writing is a gift, but plenty of bestselling writers have no more natural talent than the average ditch-digger. They’ve just practiced it a lot. 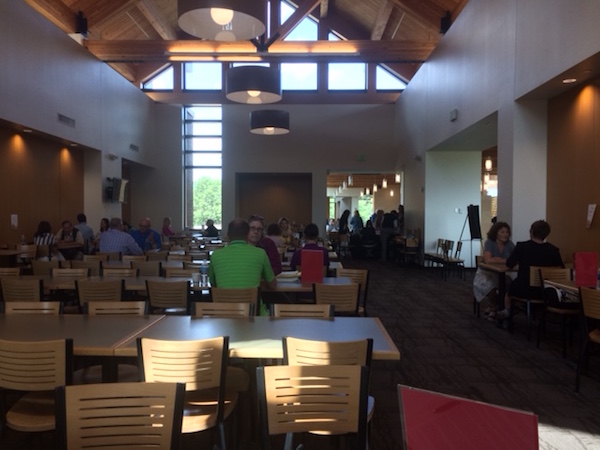 The question is, are you willing to believe that stuff doesn’t define you any longer? If you are, then you can start fine-tuning your manuscript draft number 3 by simply accepting that the shaping and fine-tuning of the specific details, set-ups and transitions simply takes practice.

Here’s a trick you can employ next time this one comes up, because it’s a big one for most of us. Like with #1, when you’re worried about being too broken or unworthy, remind that voice that no limitation in you is a limitation to God.

It’s insecurity, mostly, but it’s got a lot of fear of the unknown mixed in with it. You can’t know what’s going to happen, whether you’ll make money at this (probably not) or fall on your face and be a big failure. More than likely, you are going to fail the first few times out. You can’t win a marathon, let alone break records without failing a bit and getting some hard lessons in the process. Maybe your fear here isn’t so much about others as it is a fear of failure.

Whether you fear failure or success—and those two do go together, don’t they?—it’s the fear that’s the problem. The lies are always going to be there. You can’t do much about that. All you can do is learn to deal with them.

They can’t hurt you if you know how to handle them. If you’re not afraid anymore. Then they have no effect. And that’s the reason you’ve got to face this.

If you can accept that your failure or success is irrelevant to the practice of writing you do every day, then you win. All you can do is show up and prove that a writer isn’t someone who makes a lot of money, or even necessarily publishes; a writer is just someone who writes a lot. 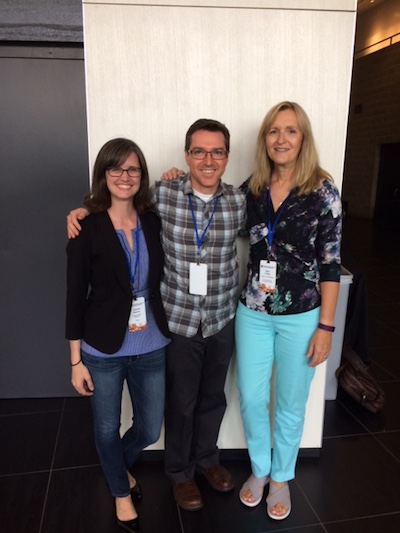 That’s the freedom you need to push through draft 4, to refine the sentences, words and phrases, and focus on choosing the best words to give your work style and help distinguish your voice.

This is one of the most basic of all fears.

Many writers nurture a secret fear that they’re the only one who struggles like they do, or the only one who has never read Moby Dick, or who doesn’t know what a split infinitive is. Or who can’t afford to travel for research for their book. Writers have dealt with the writer problems since the beginning, and every writer has been an exception in some way.

You’re not alone. Reach out to the people God brings to your life. Use their help and offer your own to them. Critiques, editing, and coaching are all necessary to becoming the whole writer who can handle reader’s questions (more on how to do that right here).

The idea, the point of your book, is your reason for writing–but it may change. This is hard to accept. Sometimes it’s very clear why, but sometimes it will change on you, and you’ll hear this lie: See? You have nothing here.

Sometimes you’ll hear it as, it’s been done before. And maybe it has or maybe it hasn’t. All you can do is research and try to stay up on the glut of competing titles releasing every week. But even then, you need feedback as your secret weapon to determine whether it’s hitting the mark or the idea feels dated. Experienced, qualified, and often paid help, is absolute gold for you because they can tell you if you have something or not.

Most of the time it hasn’t been done before, certainly not the way you will do it. And if it ends up too close to what another has done, there are ways to solve that.

But this lie may connect with number 3: You’re too [whatever]. It’s one of the most common one-two punches I see. “It’s over, old lady. Or “Go home, little man. No one cares.” A very effective way for the devil to diminish you, your work, and your heart all at the same time. He mocks you for not seeing your book clearly, and then for caring so much about it when no one else seems to.

Plenty of writers won’t survive this. The ones who stuck with it and got help figured out their angle and proved it wasn’t just them who saw this. And others were helped by it.

You don’t have nothing. You have everything. You can make a difference for someone, for a lot of someones, if you’ll just believe.

I said 3 lies? It’s really just one about you: they all say be afraid! Isn’t that the core of all this? Maybe it’s time to start fighting back, realize it’s just par for the course, and stop getting taken out. Start fighting smarter.

Christian writers, every one of us has to learn how to fight fear on a spiritual level. This is ground zero to your writing process, and you’ve got to start thinking of this as part of the work.

Fear is simply a lack of trust. And if you want to trust God more, you’ve got to start seeing where He’s at work and all you have to be grateful for. Start seeking the evidence. He promises when you seek, you will what? Find.

All you have to do is want it. It’s the wanting that matters.

You don’t have to give the lies power.

You are loved. And that love is your infinite power.

For the higher purpose!
Mick

15 thoughts on “The 6 Spiritual Lies Derailing Your Writing Process”