“Spring always new forms of life, from the soul of man
that is joined to the soul of stone;
Out of the meaningless practical shapes of all that is living or lifeless,
Joined with the artist’s eye, new life, new form, new colour.
Out of the sea of sound the life of music….”

Many thoughts you have to let go as soon as you have them. They aren’t useful. A few involve more in having them and you know you need to let them work on you to change your point of view or improve your outlook, or whatever. Yet, they’re still utilitarian mostly. But then there are others that are like eternal spaces to live in and hard as you might try, you know it will take more than you currently are to be worthy of them, and you sense you’d better not sneeze too hard or move too fast when you’re in them for fear of bursting the membrane and making them dissipate, so fragile and holy they seem.

I had one of these thoughts yesterday when I rediscovered the road of my dreams.

It was hidden in a forest of trees, just a side road, one of the many we passed in the car on the way home from a day at the beach. 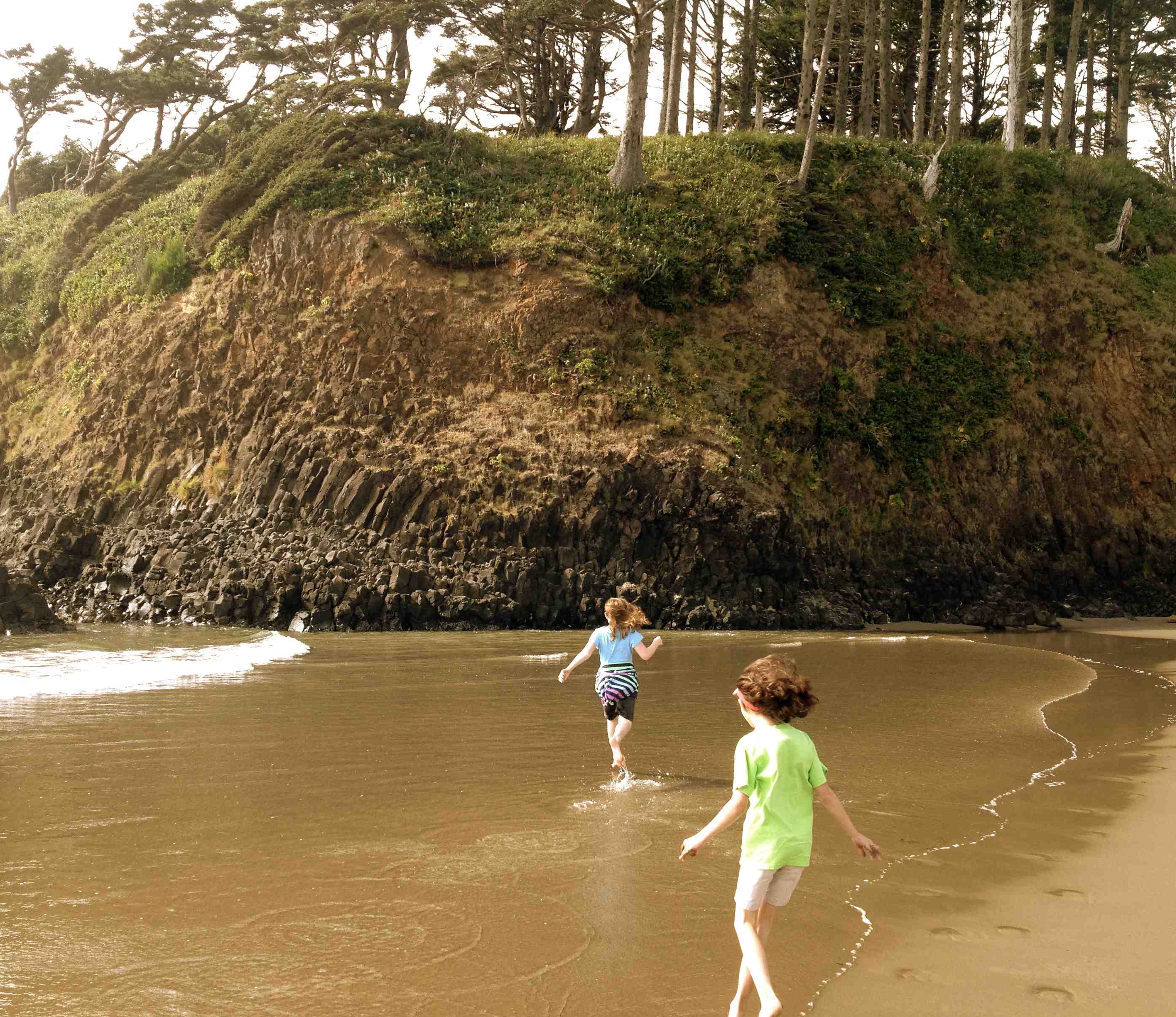 The girls had run and we’d flown kites and played in the sand and it was warm and wonderful. And when we left, I wasn’t thinking of anything in particular. I wasn’t looking for that road―I didn’t even remember it was in my head until I saw it, and I can’t recall now why it had become the road of my dreams. But it did at some point, and very clearly. And though I’ve lost the specifics, the feeling it left is powerful.

I must have been very young.

We passed it so quickly, and as I looked and remembered, the feeling washed over me in that rush of memory’s silent tidal wave and I could no more help it than I could help the feeling of calm listening to the sea. I sat watching the highway we were on, trying to remember where this feeling originated, but the farther the side road slipped behind us, the more I knew it was gone.

It wasn’t especially sad. I was happy to have been reminded of this, even if it was mostly gone now. And for some reason, it brought to mind the challenge I face and have now grown accustomed to every morning. When I sit down to write, even when I want to, part of me doesn’t. Even when I begin well and I’m enjoying it, that other part is wishing it was over, waiting to begin what I think of as my “real business of living.” And when I don’t want to write, which is most the time, I still want to. Part of me wishes desperately I wanted to, and it’s like there are two of me, split right down the center.

Is this always the way it is? Or is it just me?

And then I think, is this split personality, this double-mindedness healthy?

The road is stretching out, cars passing, and something tells me I’m not the only one. I’ve known so many writers working desperately to finish books who haven’t yet. And so many more who don’t seem to try very hard who are finishing new books all the time. The ones who try hard and get stuck suffer more than the ones who don’t try so hard and seem to have several other things going while writing. For the finishers it seems like finishing a big chore or a business deal, and not to demean it too much, but with so many things going at once, their devotion seems inarguably less single-minded.

Could single-mindedness be a handicap? 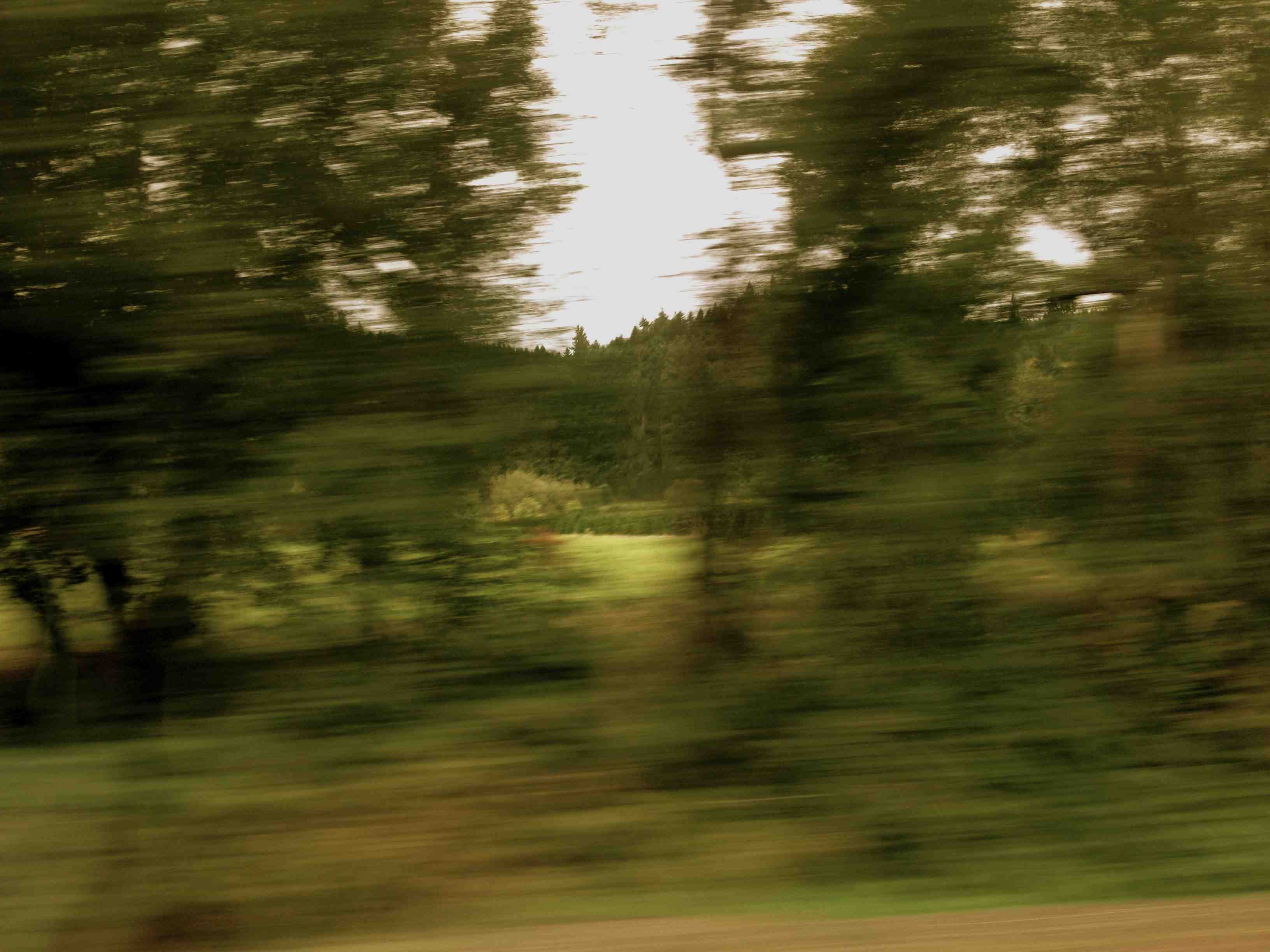 The mossy green forest streams by and I remember how I’ve just talked about balancing input and output for a coaching class. Yes, that’s right. I must have some imbalance happening. My habit is to get too intense, too focused. And that narrows my scope to the point where I’m insufficiently tuned into the rest of life, the input. I need to ease into this memory of the glade, let the calm serenity envelope me in the still coolness that would hold me if I let it.

The overgrown trees could just as easily choke out any light as create a perfect tunnel calling me into a nearly forgotten childhood memory. I have no idea where or when I saw it, but the impression transcends that and speaks of comfort beyond any other. It’s an invitation to adventure, a home greater than my own. It isn’t the glade itself so much as what it represents. But the desire for it is so strong I know if I took that road, it’d be nothing as wonderful as my dream.

With the shock of cold water, the insight connects: this is why I don’t write.

When I’m writing, the words are never as good as my dream of them. And when I don’t write, the longing to get out my thoughts eats me alive.

If it were too easy to write, I might not push for greater words. I could be satisfied with a formula that people and publishers enjoyed, the replication of a previously-trod path. It could be such a welcoming, wide space.

But it wouldn’t be the glade. It’d be a smooth, paved road without the same adventure of discovery. Too familiar.

I’d soon long for the freedom of that foreign way.

Wishing I “took the path less traveled by…”

Commitment was needed to even find a way to what I could call my writing. But to recall the glade and give it my attention when no one else but me can sense it? That’s a different commitment. My family might think I’m crazy for pursuing this, if all they can see is the costs, the sacrifices and my absence.

Maybe it is foolish to take the unfamiliar path. All the commitment it requires, what advantage could it really hold?

I’ve committed to the work, to suffering, to pursuing slowness, but I’ve needed this commitment to freedom as well, this understanding that surpasses commitment. I sense a need to accept the anguish of letting go the easy way, the familiar road, to take the road less traveled.

I know I resist in part because this isn’t comfortable. It makes even me a stranger to myself. But rediscovering a truer path once again, that’s a journey that never gets old.

“There is a pleasure in the pathless woods…” 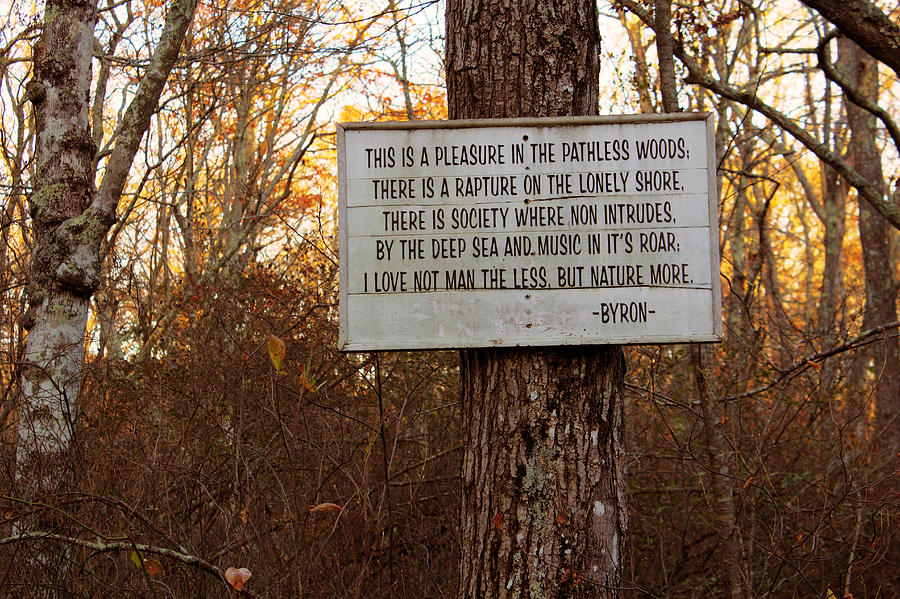 I don’t know what’s down that path. But yesterday I vowed to find out, come what may. And when I find it, the darkening path rediscovered, its use will be unmistakable. All I need is the commitment to an unbridled respect for freedom.

“If you love something, set it free. If it comes back to you, it is yours. If it doesn’t, it was never yours to begin with.”

There’s purpose beyond committing to what’s purposeful, what’s “respectable.” Sometimes rejecting time-honored practices and established roads is necessary. For its only in freedom we rediscover unestablished paths that no one has ever seen.

The freedom to take an unexplored path establishes the vital space for a full life.

And like any artist, a writer requires both commitment to his duty and to freedom, both paths are needed.

Get your chores done. And go explore.

Take the way unexplored. And come back to the main thoroughfare.

“Religion as a word points to that area of human experience where in one way or another man comes upon mystery as a summons to pilgrimage; where he senses meanings no less overwhelming because they can be only hinted at in myth and ritual; where he glimpses a destination that he can never know fully until he reaches it. We are all of us more mystics than we believe or choose to believe―life is complicated enough as it is, after all. We have seen more than we let on, even to ourselves. Through some moment of beauty or pain, some sudden turning of our lives, we catch glimmers at least of what the saints are blinded by; only then, unlike the saints, we tend to go on as though nothing has happened. To go on as though something has happened, even though we are not sure what it was or just where we are suppose to go with it, is to enter the dimension of life that religion is a word for.”
―Frederick Buechner
Mick