For longer than I care to remember now (the archive in the sidebar shows 2004), I’ve questioned why I write. Why I feel like I should. It wasn’t enough just to say what Parker Palmer says in Let Your Life Speak.

As young people, we are surrounded by expectations that may have little to do with who we really are, expectations held by people who are not trying to disern our selfhood but to fit us into slots. – p.12

I knew this, but I had to also question my reasoning. What was I saying about my desperate desire to speak–was I saying I didn’t appreciate my easy Christian suburban upbringing? Was I ungrateful for my safe life with dedicated parents, parents everyone else esteemed and loved?

In families, schools, workplaces, and religious communities, we are trained away from true self toward images of acceptability; under social pressures like racism and sexism our original shape is deformed beyond recognition; and we ourselves, driven by fear, too often betray true self to gain the approval of others. 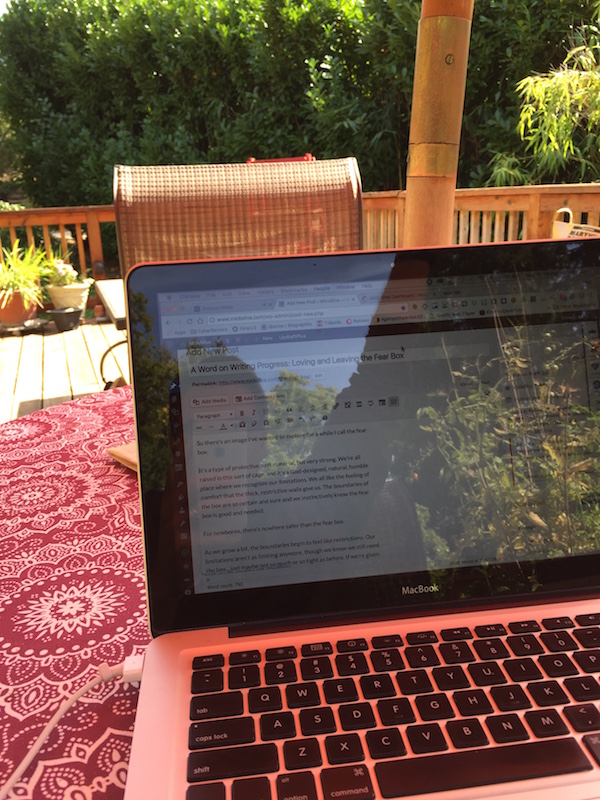 What racism have I known? What sexism? What true oppression? I’ve laughed along with the humor of regretting such an idyllic childhood couldn’t lead to great art. And I’ve believed my very desire to create such art was selfish at the core.

I’ve written. A lot. About this very thing. I’ve been self-focused and ashamed of that. I’ve found comfort in countless stories and recognized a certain underground misfit culture, and been emboldened by the beattitudes–if I feel this, maybe I’m among those he’s saying are blessed.

And yet, don’t I flatter and feign? Thinking about thinking is never helpful, but maybe there comes a time to realize as Anne Lamott says, “you own everything that happened to you.”

We are disabused of original giftedness in the first half of our lives. Then–if we are awake, aware, and able to admit our loss–we spend the second half trying to recover and reclaim the gift we once possessed.

I’ve written to keep a record, spotty and inaccurate as it might be. And the many journals I’ve filled and the thickly self-conscious prayers I’ve written, it’s all been a way to hold back and not say what needs saying. Substitute vulnerability, surrogate struggle.

“Look how honest. Feel affirmed by this. Yes, I’ve felt it too.” 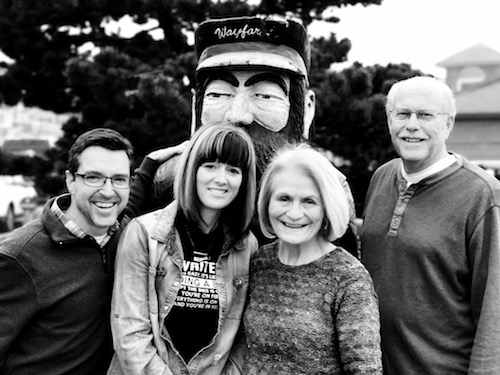 I became an editor and helped publish many books promoting healing and hope. But I never faced my truth. I never let my life speak.

‘Faking it’ in the service of high values is no virute and has nothing to do with vocation. It is an ignorant, sometimes arrogant, attempt to override one’s nature, and it will always fail.

You never have true character until it’s forged by regret and tested in the face of opposition.

Can I still change? Palmer shares Buechner’s definition of vocation, “the place where your deep gladness meets the world’s deep need.” And I know that’s right–starting at my deep gladness, born of the struggle I was given as a gift to convince me, to shape me, to form this maddening ambition to face the darkness come what may and be real, once and for all.

And the velveteen rabbit’s friend taught me how to do that long ago. You have to get beat up in the service of love. And this doesn’t mean denying the particular shape of the imago dei within us, but asserting it as the only way to show a divided world how to be whole again.

…people who plant the seeds of movements make a critical decision: they decide to live ‘divided no more.’ They decide no longer to act on the outside in a way that contradicts some truth about themselves that they hold deeply on the inside. -p. 32

When we’re done being diminished by all the ‘shoulds’ we’ve accepted, we can know the true result of sin isn’t just the bad we do, but also the bad we’ve been done. And both need acknowledging and specific healing to be finished once and for all. But they can’t be done in you until you accept they both already have been finished by the one who lived fully alive and gave all he had to remove its power.

Believing I was a victim has kept me safe in the cage, but I’m done accepting the reducing of that sin–the sin I’ve done and done to me. I believe something entirely different now. I’m walking out.

This is the message I’ve been given, by Parker Palmer and many others who’ve been Spirit-led, after 14 years and much writing and pondering: neither the sin we’ve done nor the sin that’s been done diminishes anything about us. And now that I know, maybe I can stand up and say to that cage “Open,” and I’ll be free.

Sometimes it takes a long time to play like yourself.

7 thoughts on “Why Do We Do This? Thoughts on Writing and Letting Your Life Speak”