For over a year now, people have been asking me what I think of The Shack. 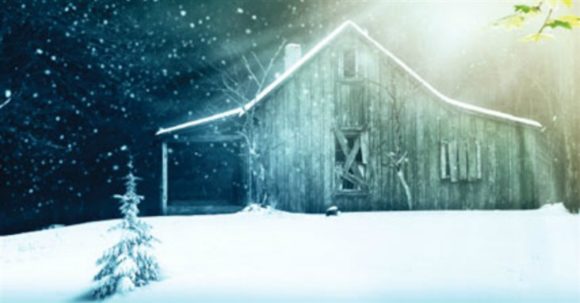 Mostly, I’m fascinated by how it’s gotten people talking—believers and regular folks, liberals and conservatives, long-time Christians and the disenfranchised. And it hasn’t even gone to mass market paperback yet (update: it now has). As a result of it all, The Shack is the little, unassuming book that continues to sit atop the bestseller lists and create controversy.

No denying it’s a fairly unusual book. Even with all its visibility, it’s difficult to call it a sensation. At first glance, most everything about it—from the book’s style, to its author, to the way in which it was published—looks fairly commonplace. Yet its unusual success story belies the unusualness beneath the pages.

I admit I was predisposed to give the book my usual surface treatment and be done with it. But as I started reading, I realized I couldn’t dismiss it so easily. In fact, I had to finish it, not just to see what all the fuss was about, but to experience something I rarely get to—a transporting experience. I read with increasing excitement and emotion. Something momentous seemed to be hidden between the pages. 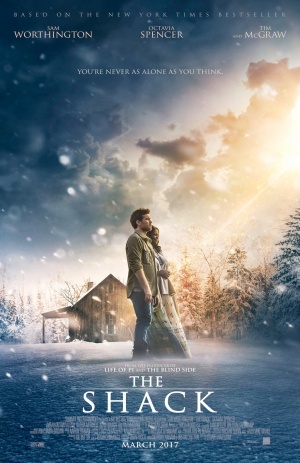 So once I finished, I decided I needed to know the truth about all the rumors and accusations I’d heard. So I contacted Wayne Jacobsen, the man William P. Young claims largely inspired him to pursue publishing the book. Wayne is a writer whose own work has taken on what passes for Christianity in mainstream culture, targeting what Jacobsen calls the “missing middle” that exists between the mainstream Christian book houses and the general market.

That’s significant background because I’m convinced this is one of the biggest and most under-served readerships worldwide: the group some call the “post-religious,” spiritually-curious, but tired of the typical packaging of church programs and Christian culture. How to reach this elusive audience has been a subject I’ve studied and debated for years, but I believe the larger story around The Shack provides the best case study to date.

Coming from outside both Christian and general markets, it has succeeded in transcending the categories to define a hunger for God the typical Christian fare so often fails to fill.

Me: I understand The Shack went through some fairly extensive revisions and rewriting. Can you talk about that?

Wayne: Yeah. Paul (Young, writer), Brad (Cummings, Windblown Media), and I worked for about 16 months bringing out the more dramatic elements, the essence of the story, and cutting back on some of the more theologically loaded or simply curious elements. Through the restructuring, we wanted to be as faithful to Paul’s original idea as possible. The natural result of putting the story first was that the book catches the interest of a spiritually hungry reading public. By allowing the books’ statements about God to be experienced organically as story rather than as propositional truths or systematic theology, The Shack has resonated with a diverse audience, building bridges between all sorts of people. 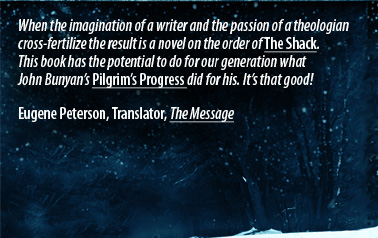 Me: What did you see in the original manuscript of The Shack that made you feel you should commit to 16 months of work to it?

Wayne: We actually did a podcast with Paul on this where I talked about that very thing.

Me: I’ll include the link (“A Visit to The Shack“). Was it ever difficult to remain committed to it during that time, especially given your many involvements?

Wayne: It wasn’t a commitment at the outset, but I felt he had a great book here and Paul wasn’t motivated to do the rewrites we thought needed to be done. At one point the three of us and Bobby Downes of Downes Brothers Entertainment sat down to storyboard the movie and suggest changes in the book. Even with that, Paul wanted me to help. Eventually, I felt a nudge from the Spirit to do so and rewrote a chapter to show him what I was talking about. Then I did another, and then Brad got involved and it started to grab him, so we kept going. At one point each of us had written a version of the chapter with Sophie in the cave, and we just put them all together and kept the stuff we agreed on. A lot of it was like that. Paul was so generous with his gift, and I was using Paul’s words and working to keep it his vision. I’d never done that as an editor—I’d always just been a writer—so the commitment was more something that evolved relationally.

Me: How many people in Christian publishing—authors, agents, and editors—have contacted you about working with Windblown?

Wayne: Oh, more than I can count now. Christian publishing people want to do it. The Shack is hitting the middle ground, but transcending it—church people, Jewish people, the spiritually curious, etc.—all having the conversations as it relates to their spiritual interests. It doesn’t necessarily identify that middle ground because it’s more diverse than that. It’s the reality of Paul’s pain and how he deals with it. It’s more an experience not a theology thing. Jesus says, “My sheep know my voice and they won’t follow a stranger.” We don’t have to take on the mentality of gatekeepers. The push-back from the religious Taliban is that they’re making it about “them and us”–like there’s those who are in and those who are out. But that isn’t what Jesus came to do. Jesus came to serve, not to be served

Me: One of the most exciting things about The Shack to me is that it provides hope to so many people who haven’t been served in the Christian mainstream for whatever reason. This “spiritually interested”  audience is not only receptive, but seems to be responding to the idea that God is even more loving and boldly relational than we tend to think, that He’s forceful in breaking down the very walls the religious establishment wants to build in their preference for safe, non-confrontational literature. Do you see a parallel here to how Jesus used parables that were offensive to the religious establishment he was denouncing?

Wayne: People are definitely trying to defame and marginalize the message. This argument about feminizing God, for instance. The book explains very clearly that God shows up as a black woman because that’s the image that puts Mack at ease. God could have shown up as whatever he wanted, but the people who say he can’t be a black woman don’t seem to accept that. There are also some people saying it’s promoting universalism, that all paths lead to God. Even though Jesus says very clearly and repeatedly that he’s the only way, the detractors want to insist that Paul really meant something else.

For too long there’s been a fear of offending the establishment. Publishing people don’t love the books they’re publishing. Our publishing The Shack was never about being commercial or pleasing people. It was meant to be honest and truthful, to find passionate readers who were looking for this. We want to do books that resonate with people’s hearts. It was never intended to be the full orthodoxy of the gospel, whatever we may have believed that to mean.

Me: That’s a really important point. When people talk about “biblical orthodoxy” what they’re really talking about is a bunch of different historical traditions of interpretation of a bunch of theological concepts that really have very little to do with the uninterpreted Bible. The concept is deceptive and notoriously divisive in the ways it’s applied. And I guess when you put words in God’s mouth and have him saying things that sound a little too out of the box…

Wayne: You get whacked! Yeah. People say they believe in things all the time, but they really don’t. Some Christians don’t believe in the Incarnation—the in-dwelling spirit of God in everyone who believes. And it isn’t that they don’t want to believe, they’ve just never experienced it. And I think it’s sad that so many can’t allow themselves to have that experience. But those who want to explore that and experience it shouldn’t be judged for it.

Me: Well said. It seems to me a big difference between those who embrace The Shack and those who denounce it are divided between understanding faith as an intellectual construct based in the interpretation of theological concepts, and faith as an experience of these things–one is mental, the other physical. And certainly we need a balance there, but how can faith be experienced if the familiar barriers of judgment and condemnation are always there? Do you think this is why there are so many disillusioned Christians and “spiritually interested” folks not finding much in mainstream Christian publishing?

Wayne: I’m sure that’s part of it. There are many reasons. Publishing is slow, expensive, and risky. But it’s pretty difficult to keep true to the edge–of actually living out these theological concepts–while you’re worried about offending the mainstream.

Me: Thanks, Wayne. And thanks for inviting so much challenging discussion through this book. I know I’m not the only one who’s grateful for the opportunity to explore these ideas more.

Wayne: My pleasure, Mick. Thank you.

Note: Since first published in 2007, The Shack has garnered much acclaim and controversy and has gone on to become one of the bestselling books of all time. And despite being denounced as heresy, the movie releases March 3rd, 2017.

[Please feel free to leave a kind, intelligent comment–all others will be denied, like CNN at a Trump press conference.]

12 thoughts on “Interview with The Shack original publisher and collaborator, Wayne Jacobsen”